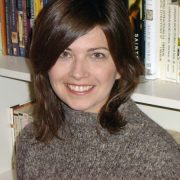 Melanie Little
Melanie Little is an award-winning author and editor of fiction and non-fiction. As the inaugural editor of Calgary’s Freehand Books, she was awarded the Book Publishers’ Association of Alberta’s Lois Hole Award for Editorial Excellence, and under her direction Freehand was named BPAA’s Publisher of the Year and was a finalist for Small Press Publisher of the Year at the Canadian Booksellers’ Association Libris Awards. Subsequently she was the Senior Editor of Canadian Fiction at House of Anansi Press, where she edited authors including Lisa Moore, Rawi Hage, Sheila Heti, Pasha Malla, Patrick deWitt, and Lynn Coady. Books she has edited have won the Giller Prize, the Governor General’s Award, the Commonwealth Writers’ Prize, the Quebec Writers’ Federation Prize for Fiction, and the Writers’ Trust Fiction Prize, and have twice been finalists for Canada Reads. She is currently a freelance editor in Toronto, editing fiction and non-fiction for clients including Coach House Books, McClelland and Stewart, Doubleday Canada, and House of Anansi Press. Melanie has taught creative writing at Dalhousie University, the University of Alberta, and at workshops across Canada. Her debut collection of stories, Confidence, was shortlisted for the Danuta Gleed Award and selected as a Globe and Mail Top 100 Book. Her novel-in-verse for young adults, The Apprentice’s Masterpiece, was a Canadian Library Association Honour Book, a gold medalist at the Independent Publisher Book Awards, and a White Raven selection for the International Youth Library in Munich. She is currently writing a novel for which she has received funding support from the Canada Council for the Arts, the Ontario Arts Council, and the Toronto Arts Council. She holds an Master of Fine Arts in creative writing from the University of British Columbia and a Master of Arts in English literature from the University of Toronto.

Peer editing in the classroom: A creative approach (Q&A)

Peer editing in the classroom: A creative approach (Part 2)

Peer editing in the classroom: A creative approach (Part 1)